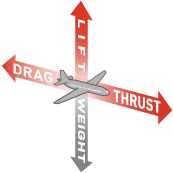 What is a Shock Wave?

When an airplane travels less than the speed of sound, the air ahead of it actually begins to flow out of the way before the plane reaches it. The pressure waves created by the airplane passing through the air end up being smooth and gradual.

But as an airplane reaches the speed of sound and catches up to its own pressure waves, the air ahead of it receives no warning of the plane’s approach. The airplane plows through the air, creating a shock wave. As air flows through the shock wave, its pressure, density, and temperature all increase—sharply and abruptly.

Lift and Drag at Supersonic Speeds

Air acts much differently at supersonic speeds than it does at subsonic speeds.

When an aircraft approaches the speed of sound, the airflow over the wing reaches supersonic speed before the airplane itself does, and a shock wave forms on the wing. The airflow behind the shock wave breaks up into a turbulent wake, increasing drag.

When the airplane exceeds the speed of sound, a shock wave forms just ahead of the wing's leading edge. The shock wave that formed on the wing is now at the trailing edge. 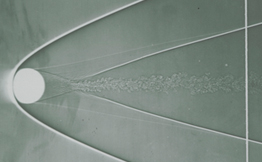 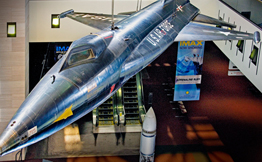 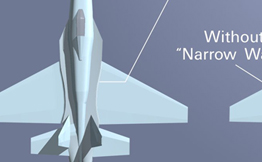 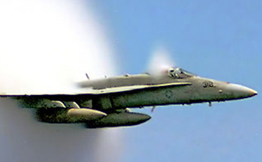 Why are high-speed airplane wings shaped the way they are?

The wings of high-speed airplanes are relatively thin and often angled back. Thin wings help delay the formation and reduce the strength of shock waves. And sweeping back the wings makes them seem even thinner to the airstream.

… more
See All Questions and Answers 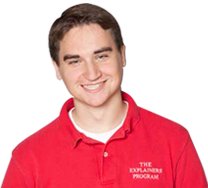 Thin, highly swept wings produce plenty of lift at high speeds, but not at low speeds. Some high-speed airplanes compensate for this by using flaps and other devices to enhance lift. Others have moveable wings that can be extended almost straight for added lift during low-speed flight and swept back to reduce drag during high-speed flight.