How do paper airplanes fly?

Paper airplanes are really gliders. A glider is an aircraft without an engine. Three forces of flight (lift, weight, and drag) act on a glider in flight. A glider must be launched from a hill or towed aloft by another airplane. Or in the case of a paper airplane, someone must throw it. Once released, it relies on altitude and gravity to generate the velocity for forward movement, like a vehicle coasting downhill. Checkout the forces of flight webpage to find out more about the forces that act on everything that flies, then create your own paper airplane. 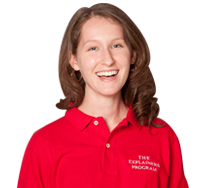