What are flaps used for?

Flaps are located on the trailing edge of each wing, usually between the fuselage and the ailerons, and extend downward (and often outward) from the wing when put into use. The purpose of the flaps is to generate more lift at slower airspeed, which enables the airplane to fly at a greatly reduced speed with a lower risk of stalling. This is especially useful during takeoff and landing. When extended further, flaps also generate more drag which slows the airplane down much faster than just reducing throttle. 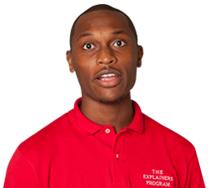