Who invented the paper airplane?

Some credit the Chinese with the creation of the first paper airplane over 2000 years ago. Others state that Leonardo Da Vinci invented them while he was working on the designs for his ornithopter. He was entranced by the idea of human flight, and it would be logical that he would play with paper to create an aircraft.

However, the modern paper airplane we know and love was designed by Jack Northrop, co-founder of the Lockheed aircraft coorperation, in the early 1930's. 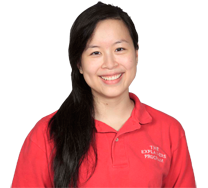