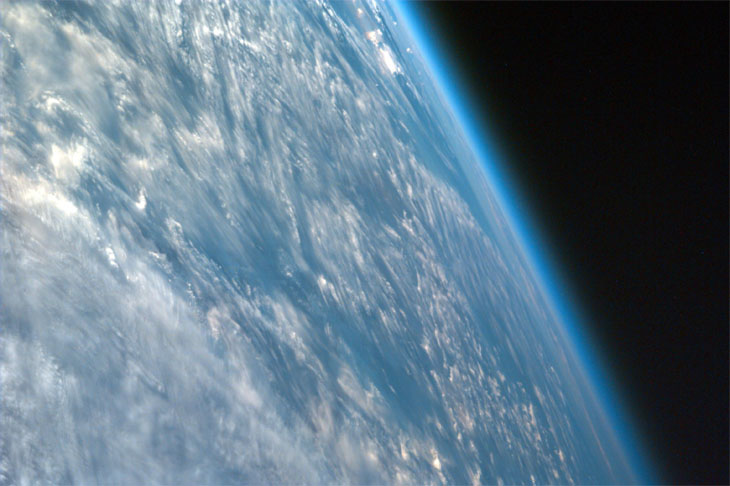 The Earth's atmosphere is an extremely thin layer of air. There is no exact place where the atmosphere ends; it just keeps getting thinner until it merges with space. The most commonly accepted boundary between Earth’s atmosphere and space is at about 100 kilometers (62 miles) above the Earth’s surface. This boundary is called the “Kármán Line.”  In this picture, taken from a spacecraft orbiting at 320 kilometers (200 miles), the atmosphere appears as a thin blue band between the Earth’s surface and the blackness of space. If the Earth were the size of a basketball, the thickness of the atmosphere could be modeled by a thin sheet of plastic wrapped around the ball.