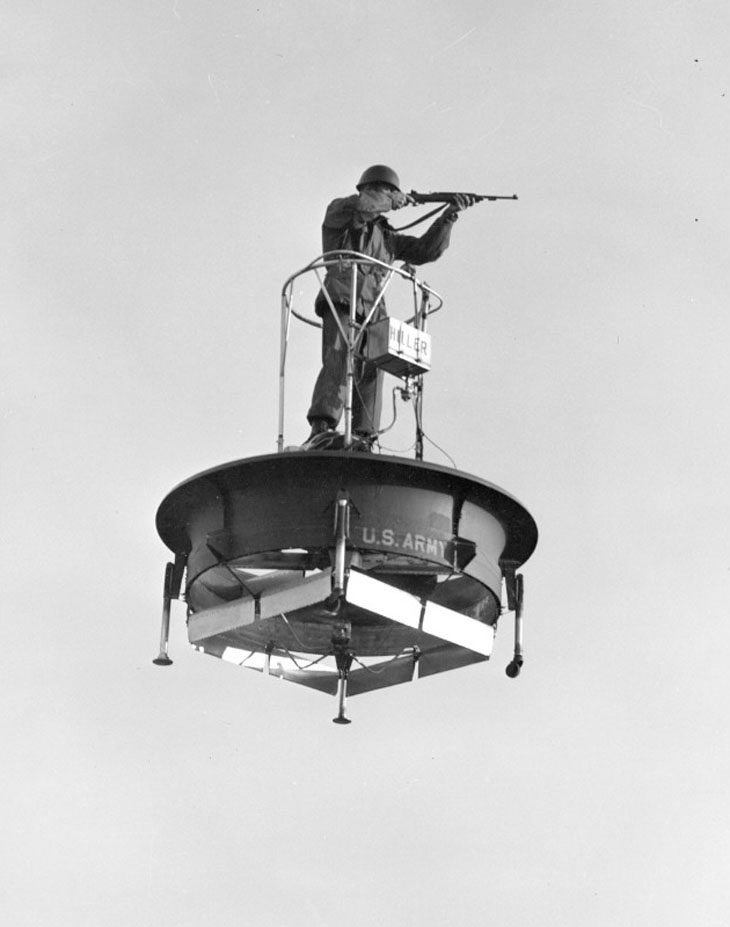 In the mid-1950s, Hiller Aircraft constructed a series of flying platforms for an Army-Navy program. The pilot simply leaned in the desired direction and the platform would follow. Hiller Aircraft incorporated twin counter-rotating propellers in a round housing (ducted fan). Sixty percent of the platform’s lift was generated by thrust from the counter-rotating propellers and 40% was generated by air moving over the ducted fan's leading edge (Bernoulli principle).