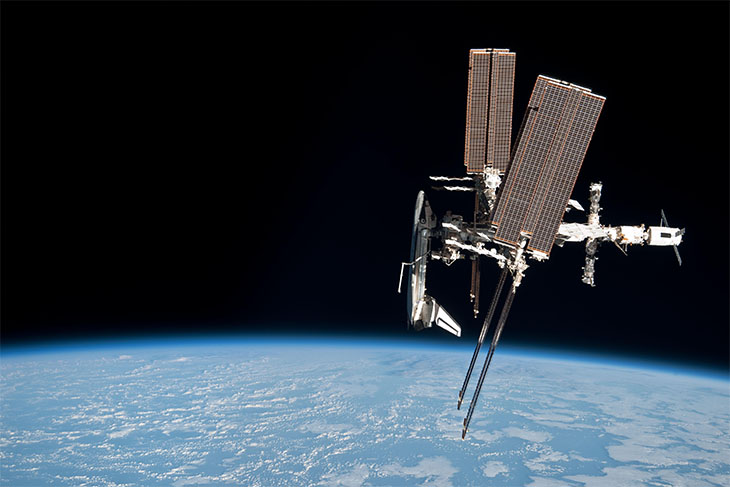 Construction on the International Space Station began in 1998 and was finished in 2012. The ISS is a joint effort between 15 different countries, including Belgium, Canada, Denmark, France, Italy, Germany, Japan, the Netherlands, Norway, Russia, Spain, Sweden, Switzerland, the United Kingdom, and the United States. This photo was taken from the perspective of a Russian Soyuz spacecraft on May 23, 2011, and shows Space Shuttle Endeavour docked to the ISS. Learn more about Moving Beyond Earth.