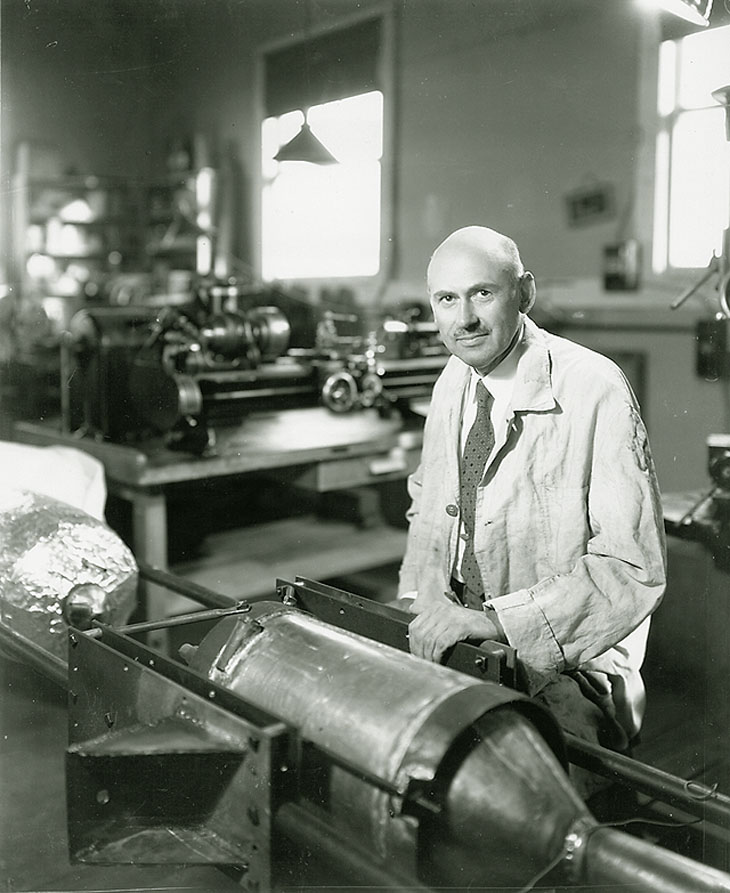 Robert Goddard is considered the father of modern rocket propulsion. He was among the few people who independently discovered the rocket as the key to space before World War I. Others included Konstantin Tsiolkovsky and Hermann Oberth. Goddard created the first liquid-fuel rocket, proved that a rocket would work in a vacuum, and made many other pioneering contributions to rocket technology. In this 1935 photo, he sits behind an unidentified rocket under construction in his workshop at Roswell, New Mexico.

Learn more about the pioneers of rocket propulsion.