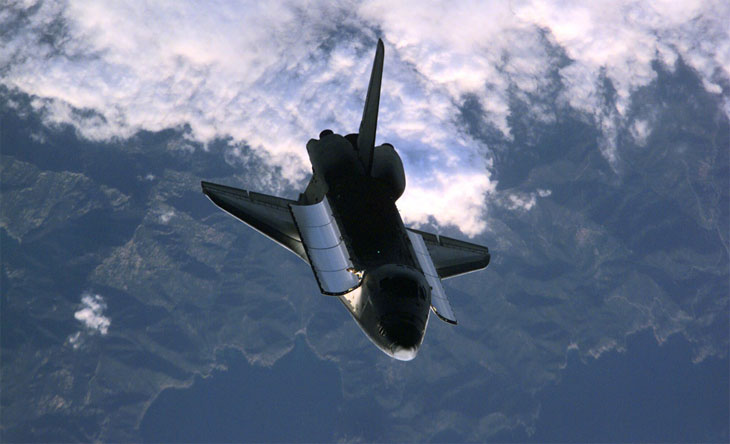 The space shuttle is shaped for flight through Earth’s atmosphere and beyond… and back again.  This image of the Space Shuttle Atlantis was photographed on February 16th, 2001 by the three-man Expedition One crew aboard the International Space Station (ISS) shortly after the shuttle undocked with the station.