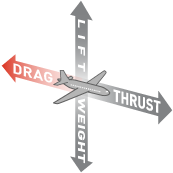 What Happens to Vehicles at Hypersonic Speeds?

A vehicle designed to fly at hypersonic speed (more than five times the speed of sound) or to reenter the atmosphere must be able to withstand searing heat due to friction and shock waves. Special materials must be used to protect it and insulate the people and instruments on board from the heat.

What Happens to Air at High Speeds?

A fast-moving vehicle compresses the air in front of it, causing the air’s temperature to rise.

Combined with friction, this heat becomes tremendous at extremely high speeds. The Apollo 11 spacecraft reentered the atmosphere traveling about 11 kilometers (7 miles) per second. The air just in front of it made a fireball hotter than the surface of the Sun!

Hypersonic vehicles, like the space shuttle, must use heat resistant materials to protect the spacecraft and occupants from the searing heat of reentry.

How Do Astronauts Survive the Heat of Reentry?

Insulating materials, like the tiles on the Space Shuttle, shield a spacecraft from the heat of reentry. A spacecraft’s shape also plays a role. Besides slowing the vehicle by creating drag, a blunt shape helps to maintain an insulating cushion of air between the spacecraft and the shock wave it creates.

Another way to protect a vehicle from reentry heating is by using an ablation shield, like those on the Mercury, Gemini, and Apollo spacecraft. These shields were covered with a material that burned off (ablated) at extremely high temperatures and dissipated the heat. Unlike the tiles on the Shuttle, ablation shields can only be used once.

Space Shuttle tiles are made of a lightweight, ceramic material. They are used on the Shuttle to insulate the vehicle from the searing heat of reentry. 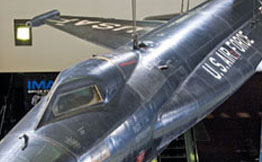 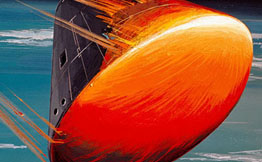 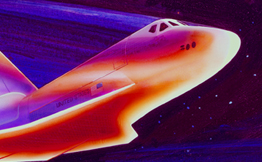 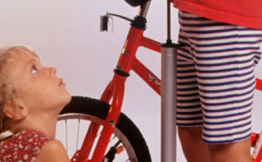 Why isn’t aluminum used for the skin of fast-moving aircraft or spacecraft?

Aluminum alloy is used on the surface of many commercial and private aircraft. Although it’s lightweight and therefore used in the construction of frames, it is not used on the exterior of hypersonic aircraft or spacecraft. It is not a go … more 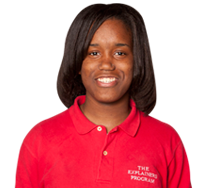 Meteors are bits of rock or dust that fall into Earth’s atmosphere at high speed. The heat of entry causes their surfaces to ablate, or burn away, causing the streaks of light commonly known as “shooting stars.” Most of them burn up entirely; those few that reach the ground are called meteorites. A real meteorite can be found in the Mars section of the Museum’s Exploring the Planets gallery.

How hot did the space shuttle get during atmospheric reentry?

The space shuttle's thermal protection system (TPS) protected the space shuttle during the searing heat of atmospheric reentry, which could reach temperatures as much as 1,650° C (3,000° F).